America is drowning in debt, but D.C. is swimming in money! GAI reveals how you’re paying the price for the booming business of government. Sean Hannity gets real insight from political insiders on Boomtown: Washington, the Imperial City! Watch a sneak peek here and don’t miss this Hannity special, Friday at 9p/12a ET.

With America hurtling toward the fiscal cliff’s edge, Democrats and Republicans continue jockeying for position on whether to boost taxes on the rich, slash wasteful spending, or both. Common ground might be found in the $3.7 trillion municipal bond market. President Barack Obama has proposed limiting or ending the tax-exempt interest on municipal bonds for upper income […]

When businesses and big government politicians go into “business” with one another, taxpayers lose—big time. It’s called cronyism. A “crony” is an individual or organization that colludes with politicians to gain unfair treatment, taxpyer-funded benefits, or regulations that the rest of us don’t enjoy. Cronyism occurs because politicians rely on wealthy interests to fund their […] 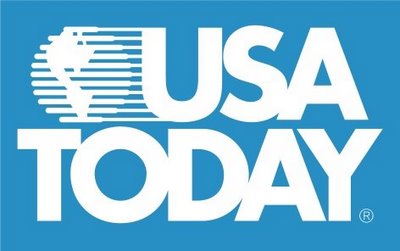 Many issues divide Americans, but keeping illegal campaign money out of elections isn’t one. So why not begin to fix the problem with some simple solutions? Require disclosure of bundlers, report donations under $200 and improve security for online credit card donations. Doing those things would be a smart step in the right direction. Read […]

Those behind the wheel of the automobile bailout were not folks who build cars but cronies who successfully leveraged their highly placed connections. Indeed, lift the hood, and what you find is that the auto bailout was a classic tale of cronyism, in which the well-connected sped away with big bucks. Read the complete Washington Times article here. […]

President Obama’s campaign and the Chinese government have blocked online donations from China, but the Obama camp appears to have done nothing to block illegal contributions from other countries. “[For Chinese users], the campaign has now blocked access from using the contribute page,” Peter Schweizer, whose Government Accountability Institute issued a report on illegal foreign […]

The Chinese government has blocked access to a Web site used as a conduit for donations to President Obama’s re-election, The Post has learned. The action comes following a report in Sunday’s Post that the Obama.com site had been registered to Robert Roche, an Obama campaign bundler who lives and works in China. An analysis […]