The pressure on Romney to release his tax returns continues to mount. But he is also failing to disclose all of his bundlers. Peter Schweizer on what the public is missing. Read the rest at Daily Beast.

For everyone who marvels at the amount of time President Obama spends playing golf, here are a few numbers from the Government Accountability Institute, which has analyzed how much time Mr. Obama actually spent in economic meetings of any kind during his first 1,257 days in office…Read the rest at the Washington Times. 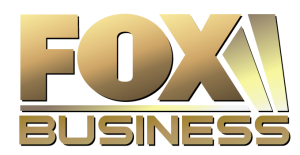 You can’t measure how much time a president spends “thinking” about the economy. But how much time has Obama spent working on rebuilding America’s crumbling economy? Researchers at the Government Accountability Institute looked into this for a new report into Obama’s official public schedule from his Inauguration until June 30, 2012. Read the rest at […]

With the Service Employees International Union (SEIU) and AFL-CIO spending tens of millions on political activism, including the recall election of Wisconsin Governor Scott Walker, union members might do well to see where the money is coming from. Peter Schweizer reveals the eye-opening research the Government Accountability Institute uncovered…

The presidential election is well under way but as President Barack Obama tries to position himself as the defender of the middle-class who will protect the 99% against corporate malfeasance and too big to fail banks, he may find himself in a precarious position. His record does not necessarily reflect his rhetoric and at the […]

MSNBC offers an important analysis of what is going on in Washington over the problem of congressional insider trading.  As they point out,  the big problem is going to be enforcing the law.  The bottom line however is that the STOCK Act in my opinion does not go nearly far enough.  It will not stop […]

Ed says: “Many voters also see members of Congress as knaves. Witness the recent piece on60 Minutes on CBS-TV about two weeks ago reporting on members of Congress who, while enacting laws bearing upon the stock market, used inside information — not available to the public — to purchase or sell stocks, making profits in the […]